Sign InRegister Now
Turn on suggestions
Auto-suggest helps you quickly narrow down your search results by suggesting possible matches as you type.
Showing results for
Search instead for
Did you mean:
NetWitness Discussions

Were RSA Ideas meant to "reset" all the existing RFE backlog?

Previously, customers were raising Requests for Enhancements through the RSA process that kept changing regularly.

Once a customer raised a new RFE, Support would then submit it and a PM would review it within a few weeks and either reject it or provide some expectations an possibly roadmap to the customer.

Recently, Anya Kricsfeld have launched the "RSA Ideas" and customers were quick to suggest tons of useful features for all RSA products. This is great, in theory.

Currently, (speaking for Netwitness) at least four months since the launch, even the highest voted idea hasn't moved to the next stage.

This would make me think that there is something wrong with the process. Perhaps RSA need to re-adjust their thresholds if they wanted to give this process a chance.

In addition, there are 100s of previously raised RFEs by customers. What will happen to those? Did we just go from 100s RFEs to a few "Ideas"?

For instance, about 2 years ago I wanted to raise some RFE for Windows event source management  since the interface is pretty much useless if one is collecting from 1000s of Windows sources. I was told by PMs that they were planning a complete redesign of that page and so there was no point raising the RFE.

What is the official statement from RSA regarding old RFEs and the process for raising new RFEs?

What is the most realistic process that RSA would recommend for getting new features considered and hopefully implemented in their products?

Rsa ideas is a new way to suggest RFEs.

The most voted RFE would be take in consideration by PM.

The old process and official channel remains the same.

This is just the quickest way to achieve a new RFE if it would get enough votes from the whole community.

Contributor
In response to EmmanueleLaPort
Options

Thanks for the response.

First of all I would like to say once again that I like the concept of Ideas, simply because it's a much faster way to get consensus on what most customers want. However this doesn't seem to be working. At all.

Having no numbers about the thresholds for ideas getting considered makes it very easy for RSA to just put them in a black hole. There is no transparency as to how and when these are reviewed.

As mentioned, currently the ideas are already about 5 months old and some have more than 100 votes with no progression to the next phase. If the idea with the most votes didn't progress, realistically nothing will ever do (within a reasonable timeframe in the professional world). I understand that RSA could come back and say that the threshold is 2000 votes which would be convenient for them and proving my point above.

On the contrary, even if normal RFEs never progress either, customers have some basic tracking and possibly roadmap within a weeks as opposed to never.

I think I will stick to normal RFEs which are more time consuming for both customers and RSA Support but at least I think I will have a chance. 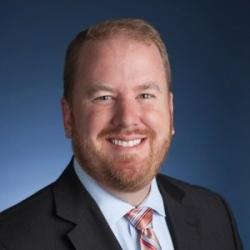 Thanks for feedback on our new Idea's section.    Good news is that a number of the ideas posted are being incorporated into our product plans, but as you point out, we are failing to provide any of this feedback back to this forum.   Something broke behind the scenes and we are working to fix this asap so the communication back and forth is more timely.

To your other question -  Ideas is intended over time to be a preferred way for customers over opening up a RFE with Support.  We didn't "reset" RFEs when we introduced Ideas. but as Idea's picks up momentum this should be result in a more interactive, community way to solicit ideas for making RSA NetWitness Suite even better.

Thanks again for the feedback!