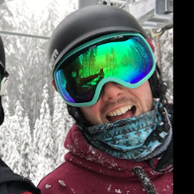 Lateral movement is a technique that enables an adversary to access and control remote systems on a network. It is a critical phase in any attack, and understanding the methods that can be used to perform lateral movement, along with how those protocols display themselves in NetWitness, is paramount in detecting attackers moving laterally in your environment. It is also important to understand that many of the mechanisms used by attackers for lateral movement, are also used by administrators for legitimate reasons, and thus why it is important to monitor these mechanisms to understand what is typical behaviour, and what is not.

The attacker has successfully gained access to your network and dumped credentials, all without any detection from your Security Operations Center (SOC). The attacker decides to move laterally using Smbexec, they connect to one of the hosts they had previously identified and begin to execute commands:

Smbexec works a little differently to some of the more common lateral movement tools such as PsExec. Instead of transferring a binary to the target endpoint and using the svcctl interface to remotely create a service using the transferred binary and start the service, Smbexec makes a call to an existing binary that already lives on that endpoint to execute its commands, cmd.exe.

NetWitness Packets does a great job at pulling apart packet data and pointing you in directions of interest. One of the metadata we can pivot on to focus on traffic that is of interest to us for lateral movement is, remote service control:

NetWitness also creates metadata when it observes windows cli commands being run, this metadata is under the Service Analysis meta key and is displayed as, windows cli admin commands. This would be another interesting pivot point for us to look into to see what type of commands are being executed:

NOTE: Just because an endpoint is being remotely controlled, and there are commands being executed on the endpoint, this does not mean that your network is compromised. It is up to the analyst to review the sessions of interest like we are in this blog post, and determine if something is out of the ordinary for your environment.

Looking into the other metadata available, we can see a connection to the C$ share, and that a filename called __output was created:

This does not give us much to go on and say that this is suspicious, so it is necessary to reconstruct the raw session itself to get a better idea of what is happening. Opening the Event Analysis view for the session we reduced our data set to, and analysing the payload, a suspicious string stands out as shown below:

Tidying up the command a little, it ends up looking like this:

Analysing the payload further, we can also see the data that is returned from the command that was executed by the attacker:

Now that suspicious traffic has been observed, we can filter on this type of traffic, and see other commands being executed, such as whoami:

Smbexec is quite malleable, a vast majority of the indicators can easily be edited to evade signature type detection for this behaviour. However, using NetWitness Packets ability to carve out behaviours, the following application rule logic, should be suitable to pick up on suspicious traffic over SMB that an analyst should investigate to detect this type of behaviour:

The Detection in NetWitness Endpoint

Opening the Event Analysis view for these sessions, we can see that services.exe is spawning cmd.exe, and we can also see the command that is being executed by the attacker:

The default behaviour of Smbexec could easily be detected with application rule logic like the following:

Understanding the Tools, Techniques, and Procedures (TTP's) used by attackers, coupled with understanding how NetWitness interprets those TTP's, is imperative in being able to identify them within your network. The NetWitness suite has great capabilities to pull apart network traffic and pick up on anomalies, which makes it easier for the analysts to hunt down and detect these threats.