Threat actors can completely take over a Windows domain with AD CS running without any authentication — they simply need to connect the target server to the LSARPC named pipe with interface c681d488-d850-11d0-8c52-00c04fd90f7e. This allows the attacker to leverage LSARPC to communicate with the Encrypting File System Remote Protocol (MS-EFSRPC) which appears to allow unauthenticated access to provoke an NTLM authentication, which can be then captured via HTTP.

During testing, we identified some methods to detect the exact behavior associated with some PetitPotam actions such as Windows events with 4624, 5140 event IDs ending in an ANONYMOUS LOGON 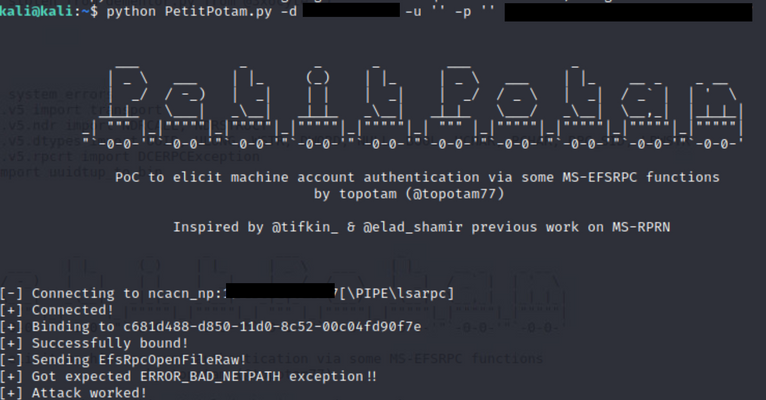 The following app rules, which are available on the Netwitness live server, help detect PetitPotam activity in the environment

*Note : This does require auditing of detailed file share to be enabled resulting in 5145 Windows Event ID

*Note: This parser does not by itself indicate a PetitPotam exploit attempt. It only provides visibility of EFSRPC operations issued by a client. Determination that an operation represents an exploit attempt is not directly possible for either parser. Rather analysis of all meta from a session may help an analyst make that determination, or that further investigation may be warranted.