BlackCat, also known as ALPHV or Noberus, is a ransomware family that is deployed as part of Ransomware as a Service (RaaS) operations. BlackCat is written in the Rust programming language and supports execution on Windows, Linux-based operating systems (Debian, Ubuntu, ReadyNAS, Synology), and VMWare ESXi. BlackCat is marketed as ALPHV on cybercrime forums but is commonly called BlackCat by security researchers due to an icon of a black cat appearing on its leak site. BlackCat has been observed being deployed in ransomware attacks since November 18, 2021.

According to Microsoft, two of the most prolific affiliate groups associated with ransomware deployments have switched to deploying BlackCat. Microsoft tracks one of these affiliate groups as DEV-0237. Also known as FIN12, DEV-0237 is notable for its distribution of Hive, Conti, and Ryuk ransomware. The other group is DEV-0504  which was responsible for deploying BlackCat ransomware in companies in the energy sector, the fashion, tobacco, IT, and manufacturing industries, among others.

While BlackCat’s arrival and execution vary based on the actors deploying it, the outcome is the same—target data is encrypted, exfiltrated, and used for “double extortion,” where attackers threaten to release the stolen data to the public if the ransom isn’t paid.

In this blog, we provide details about the ransomware’s techniques and capabilities on Microsoft Windows and Netwitness detections for BlackCat Ransomware.

Consistent with the RaaS model, threat actors utilize BlackCat as an additional payload to their ongoing campaigns. While their TTPs remain largely the same (for example, using tools like Mimikatz and PsExec to deploy the ransomware payload), BlackCat-related compromises have varying entry vectors, depending on the ransomware affiliate conducting the attack. For example, the common entry vectors for these threat actors include:

Once they have gained access, PsExec can then be used to distribute the ransomware payload or the group policies are modified which results in a scheduled task being created, on each host, that launches the malicious file. 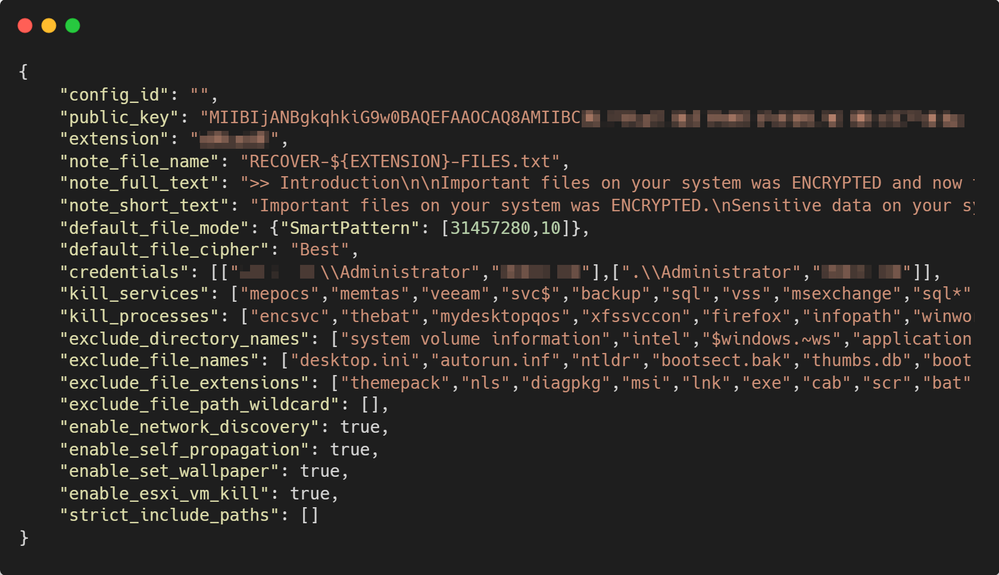 As mentioned earlier, BlackCat is one of the first ransomware written in the Rust programming language. Its use of a modern language exemplifies a recent trend where threat actors switch to languages like Rust or Go for their payloads in their attempt to avoid detection by conventional security solutions.

The payload can be launched via dllhost.exe, which then be launched with the following commands below (Figure 2) via cmd.exe. 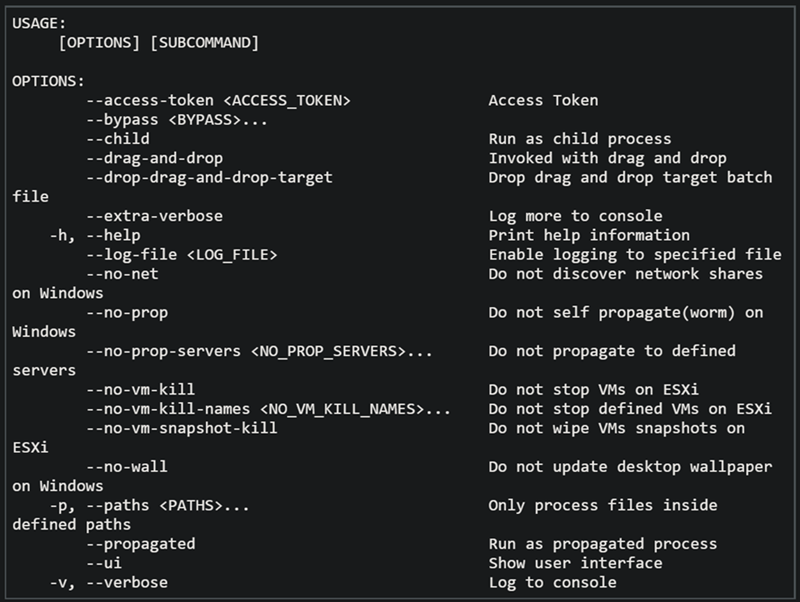 The ransomware binary itself requires an “access token” to the command line to launch the executable. These commands could vary, as the BlackCat payload allows affiliates to customize execution to the environment.

The following privilege escalation capabilities are embedded within the ransomware:

BlackCat has numerous methods to make recovery efforts more difficult. The following are commands that might be launched by the payload, as well as their purposes:

BlackCat terminates the processes and/or services specified within the configuration file to minimize the number of locked (open) files as well as potentially disabling backup utilities and security software to evade detection. Ituses the TerminateProcess() API to stop Windows processes which can lock files for encryption.

This ransomware stops the following processes and services to bypass security controls to ensure they don’t lock files targeted for encryption:

The ransomware can determine the computer name of the given system, local drives on a device, and the AD domain name and username on a device. The malware can also identify whether a user has domain admin privileges, thus increasing its capability of ransoming more devices.

The following command gets the Universally Unique Identifier (UUID) of the target device:

BlackCat discovers all servers that are connected to a network. The process first broadcasts NetBIOS Name Service (NBNC) messages to check for these additional devices. The ransomware can replicate itself on the answering servers using the credentials specified within the configuration file via PsExec.

It also modifies the registry to change MaxMpxCt settings; BlackCat does this to increase the number of outstanding requests allowed for example, SMB requests when distributing ransomware via its PsExec methodology.

BlackCat uses fsutil to allow remote-to-local as well remote-to-remote symbolic links; a symbolic link is a file-system object (for example, a file or folder) that points to another file system object. This scenario turns out typically disabled in Microsoft Windows as the functionality allows malware to follow shortcuts with remote paths by enabling Remote to Local and Remote to Remote symbolic links with the fsutil command. The configuration change would allow for malware to spread to other remote hosts more easily.

The ransomware discovers Windows network shares and copies itself to those locations. It can then mount several shares and duplicates itself to the root of those drives. The net use command is utilized to connect to the local computer using different credentials stored in the BlackCat configuration. 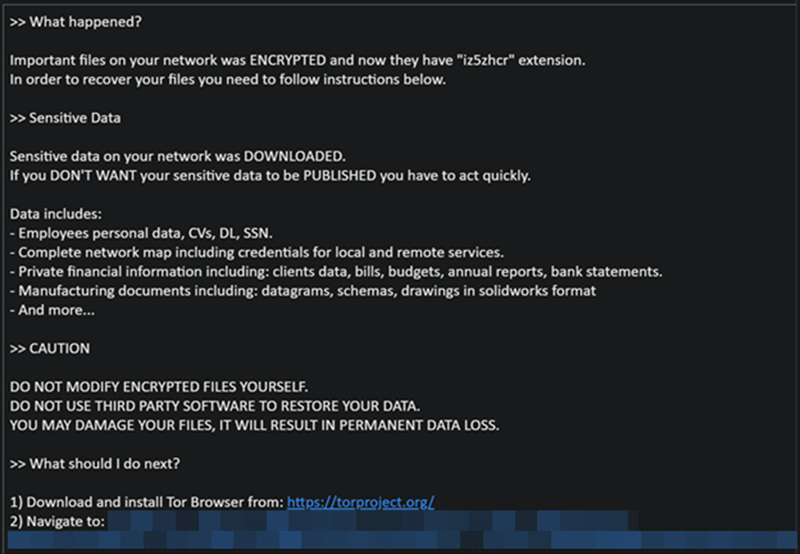 Apart from the apprules mentioned earlier, the following default endpoint apprules were observed during testing:

In addition to the existing apprules, these rules are available on RSA Community:

The following legitimate, albeit suspicious, processes can be spawned by the Linux/VMware ESXi variant:

Many researchers consider BlackCat as one of the most sophisticated ransomware groups out there. BlackCat programs are feature-rich and offer flexible custom settings due to the use of various configuration data and command line arguments. Although BlackCat can vary with each threat group and their deployment methods, understanding a ransomware, its usual delivery methods, and the techniques used can be very beneficial for a SOC analyst, incident responder or threat hunter. NetWitness can aid in detecting the presence of BlackCat within your environment —so you can respond before this omnipotent malware causes major loss in the form of data, intellectual property, exfiltration, and/or financials.